When stepping away from Marshall Point lighthouse in Tenants Harbor, Maine on June 29th, I had no idea that I had snapped about 250 photos.  Pressing the shutter release became habit and I couldn't stop for fear of missing a great shot.  It was awesome to be there enjoying this scene with my mom and dad and mom was snapping photos like crazy as well.

Lighting and color was changing quickly, so would set up, snaps some pics, change locations, snap more and repeat the pattern until the vibrance was gone.

As happens often, when I quickly flip through an album, there are usually a handful of shots that make me pause a little. This was one of them, so I dropped it into Lightroom and did a little tweaking. 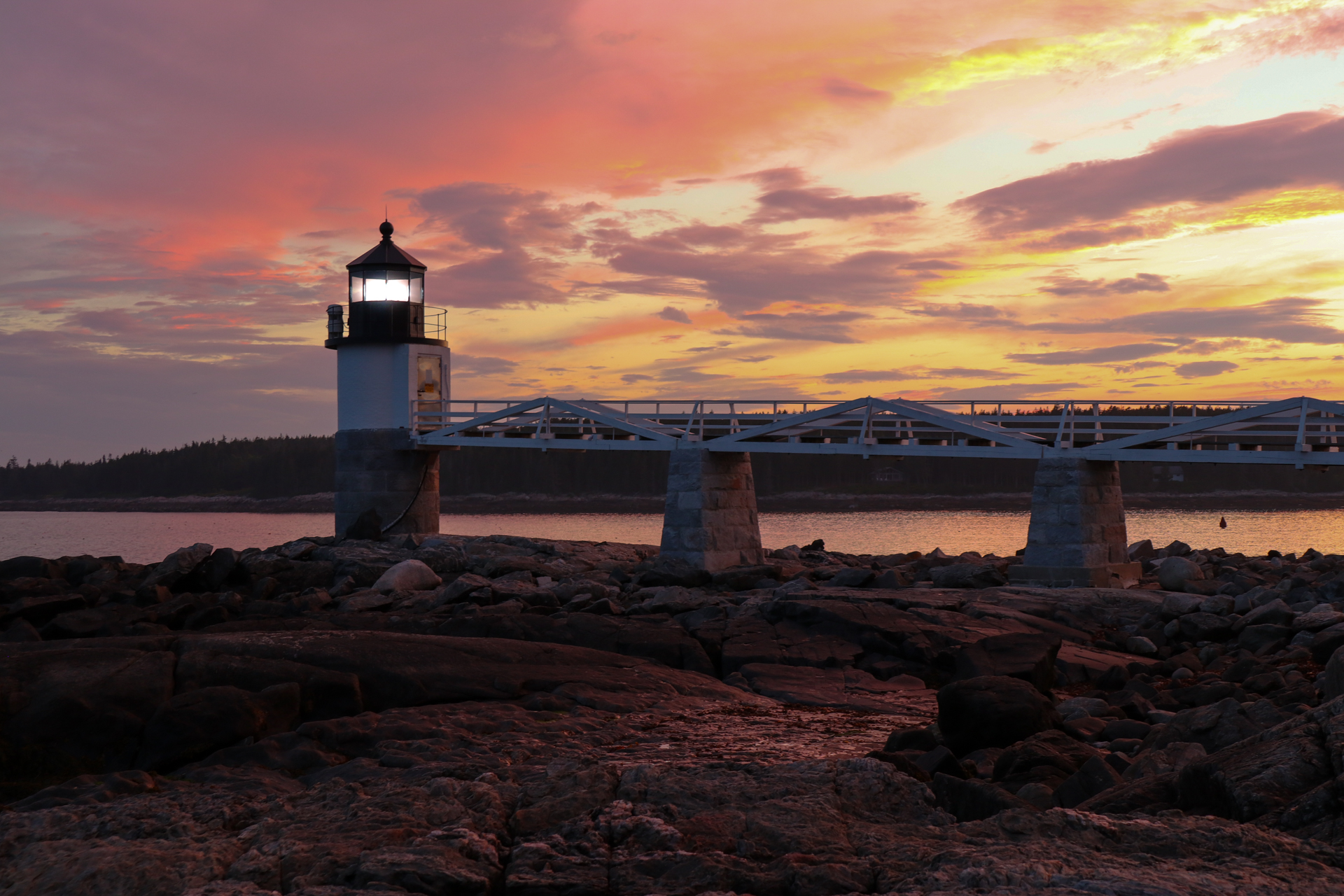 Post processing was fairly minor.  Even though the shot above wasn't even shot in RAW, I was able to pull red undertones from the rocks, brightened up the light on the lighthouse, and made some saturation/vibrance adjustments to bring out the color.  But really, what you see here isn't that much different than what we saw that night.